A Mallory Snow Brush, and You’ll Be Ready

If you don’t have a Mallory snow brush (or any snow brush) after it snows, that’s just too bad. You can’t drive to the local auto parts store right then and pick one up without brushing the snow off your windshield, and after that’s done, you don’t need the brush anymore. Until it snows again. 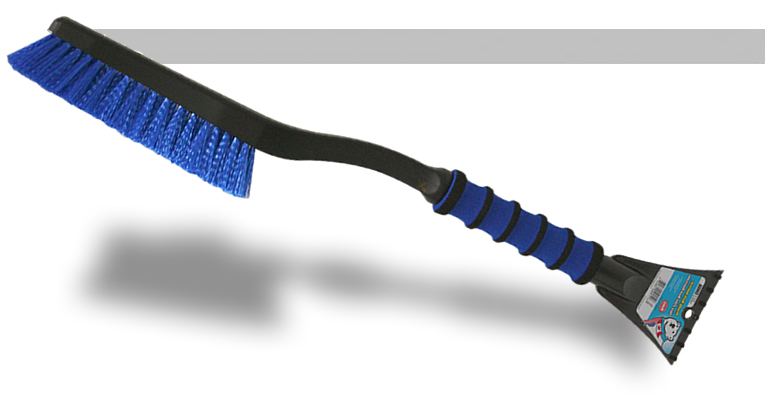 A snow brush is a simple tool, but so much better than using just your (hopefully gloved ) hands. So get one now, before the next snow. They are cheap and light, and you can put one in your trunk or just on the floor in the back seat. There’s no predicting when it’s going to snow again – even the weather forecasters seem to get it wrong about half the time. All we know for sure is that it WILL snow again. Especially in Canada, where the Mallory snow brush company is located. A Canadian snow brush just makes sense, and things made in North America are usually better quality than things made in factories in the Far East. They don’t have to be shipped as far, either, so less fossil fuel is used. If you want something even more environmentally friendly, check out the Mallory 203, a sturdy wooden model that has probably looked the same since Eisenhower was President.

If you want something a little more modern, and/or one that will easily reach all the windows on your monster truck or Chevy Suburban, Mallory makes many different models of brushes with plastic handles, plus they have scrapers and shovels. There’s one only 16″ long to please the owners of Smart cars, and there’s one that extends to 53″, which seems like it would be long enough to reach just about anywhere.

They have the integrated ice scraper and the handle is padded and notched for that all-important hand comfort. The next time it snows on your car, you’ll be totally ready.

This entry was posted in Gifts for Anyone, Outdoors, Tools, Transportation. Bookmark the permalink.